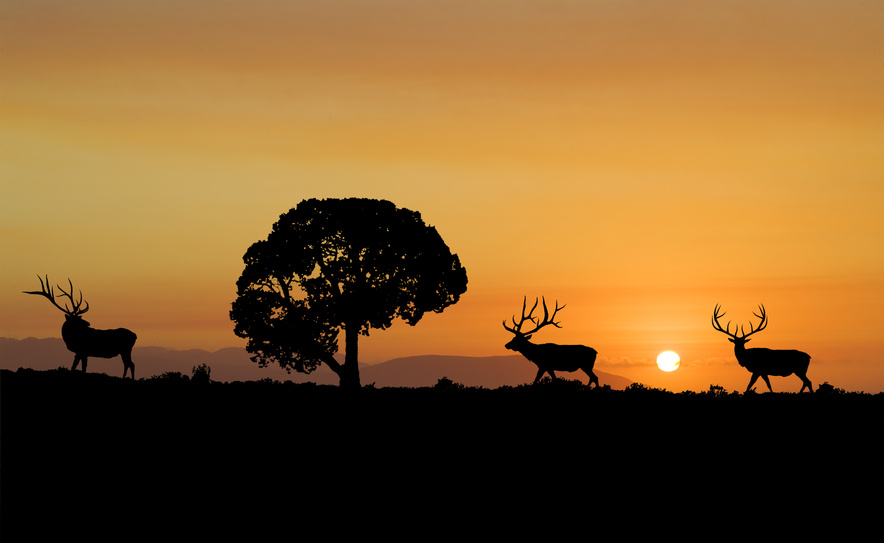 Camouflage, historically, makes for a very interesting study. Though the term typically conjures images of green and brown splotches occasionally interspersed with twigs and leaves, camouflage actually encompasses a much broader range of patterns. Dazzle pattern, for example, is black and white and was used to make it difficult for shooters to detect the distance of battleships in the first World War.

The variety of patterns included under the “camouflage” umbrella isn’t surprising, when you consider the term in a broad sense. We talk about animals having natural camouflage, yet there isn’t a single one with a coat that resembles those worn by hunters and soldiers. Arctic foxes and hares actually alternate between white and dark coats based on the seasons and squids change their colors to blend in with their surroundings. Other types of camouflage include color changing, disruptive coloration, and countershading.

Regardless of the way we use the term to describe actual camouflage mechanisms in nature, it is an equally interesting study to look at the ways camouflage has migrated into the fashion world. As early as 1919, attendants of a “dazzle ball” located at the Chelsea Arts Club wore dazzle patterned black and white clothing. Today, popular camouflage in fashion more closely resembles the patterns introduced for WWI soldiers. These soldiers were among the first American soldiers to need camouflage, mainly because of the replacement of less accurate weapons like muskets with weapons like rifles.

The pattern seen in today’s fashion is commonly termed “U.S. Woodland” and is currently used by the Mexican Armed Forces. The pattern is popular for use on all kinds of apparel, including camo pants, camo purses, camo bedding, and womens camo bathing suits. The use is not generally intended to camouflage the wearer, as emphasized by the popularity of pink camouflage. The style was particularly popular in the 90s, but remains in vogue particularly in rural communities, perhaps because of the popularity of hunting as a sport in those regions.

Womens camo bathing suits are one of the most popular uses, allowing wearers to demonstrate some country flair while flaunting their beach bodies. For womens camo bathing suits, pink camouflage is particularly possible as it also communicates femininity. Perhaps camo fashion will soon return to the larger fashion world, particularly given the recent return of military coats and boots to the runway.

The future of camouflage in the greater fashion world may be uncertain, but there’s one thing that isn’t: it remains popular in many places across the country and will probably remain one of the biggest forces in the rural fashion world. Read this for more.

5 thoughts on “The Return of Camo to the Fashion World”