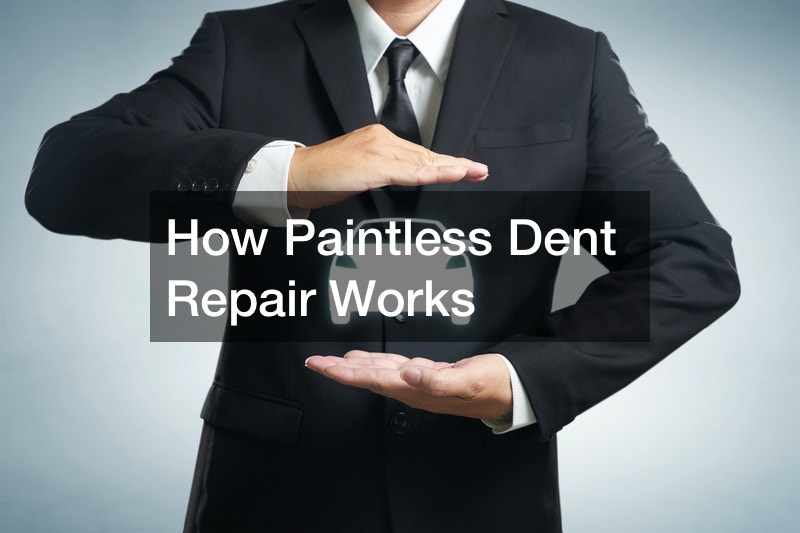 So how is paintless dent repair done? For example, let’s say the dent is on the driver’s side door. The repair technician will use a tool and go through the window opening to reach the dent from the inside. They will lightly push on the dent in small, tiny pushes in the center to bring the dent up. They have to do this repair slowly because if they push too quickly it could cause more damage or destroy the panel. 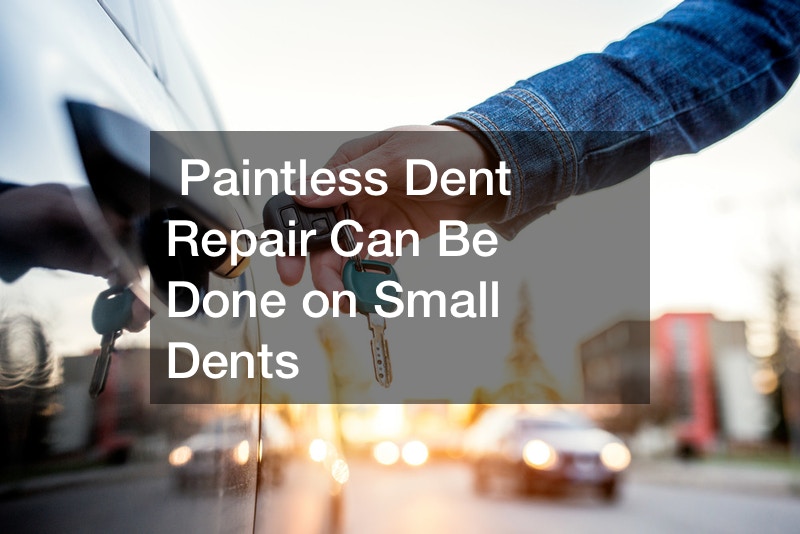